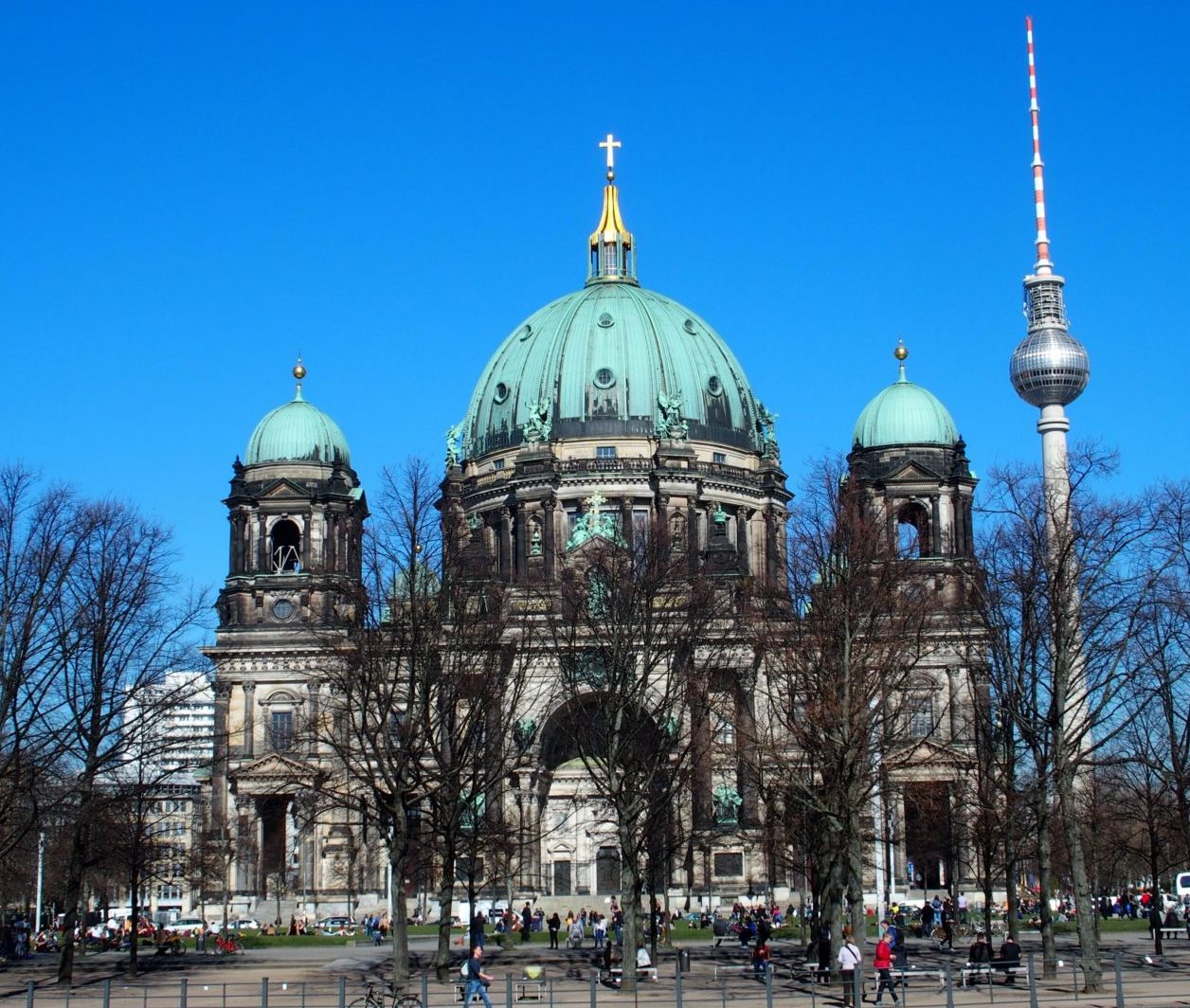 The weather in Berlin was spectacular during our visit in April 2017. The temperature was in the 50s and 60s with sun every day, unusual for this time of year in this interesting city. We were told that this is the fourth consecutive winter with virtually no snow and record warm temperatures.

The Berlin Cathedral Church – Berliner Dom – is the largest church in the city. Built between 1894 and 1905, the Cathedral sits on the Spree River in the heart of Berlin.

In the background is the famous Television Tower – the Fernsehturm – built in the late 1960’s by the government of the German Democratic Republic as a display of communist power.  It is the tallest structure in Germany at 368 meters. The sun’s reflection on the dome appears in the form of a cross, referred to as the ‘Pope’s revenge.’

The Sunday flea market at Mauer Park was jammed with visitors, musicians, food trucks, two young ladies on stilts and there were vendors as well.

On our first day in the city, we scheduled the Cold War walking tour with Insider Tour and managed to be on the road by 9 am. It was well worth it. We traversed the city on foot and aboard Berlin’s easy to use public transit system with 16 others and Barnaby, our expert guide. A bonus to the tour: it was a great way to learn the transit system with a veteran, which paid off once we ventured on our own the next few days.

Over the course of our four hours with Barnaby, we covered the history of post WW II Germany standing in the places where it unfolded. In 1961, the East German government, weary of the brain drain as citizens flooded to the west through Berlin, overnight erected a barbed-wire barrier. The wire was replaced by ‘The Wall.” In fact, there were ultimately two walls, running parallel to each for 27 miles separating east and west Berlin. In between the two structures was once a field of land mines and anti-tank barriers, looked after from 132 guard towers manned by soldiers with an order to shoot to kill anyone in this no man’s land.

The path of the wall through the city resembles the boundaries of a gerrymandered congressional district, with a monument or two here and a small corner there carved out seemingly at random. The boundary was of course drawn by politicians.

Throughout Berlin, there are remnants of this barrier designed to keep citizens from the communist countries in the east from coming to the west. Along the Spree River near the Ostbahnhof – the east train station – is the longest remaining stretch of the wall. When the wall came down in 1989, artists from all over the world came and decorated the east side which had been untouched during the days of the GDR. There were over 100 works of art, many commenting on the political events surrounding the wall. Over they years they have become weathered and defaced, though some have been restored. In many places along this 1316 meter gallery a fence has been erected to prevent further modification to this art. 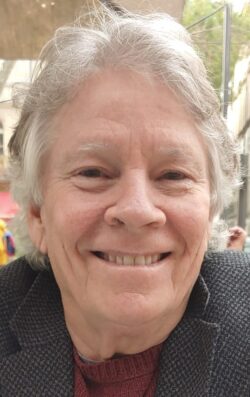 I am a freelance travel writer living between the South of France and mid-west America.

Learn more about me here.  Connect with me on social media below.